The store will not work correctly in the case when cookies are disabled.

We use cookies to make your experience better. To comply with the new e-Privacy directive, we need to ask for your consent to set the cookies. Learn more.

Top 10 Construction Companies in the UK 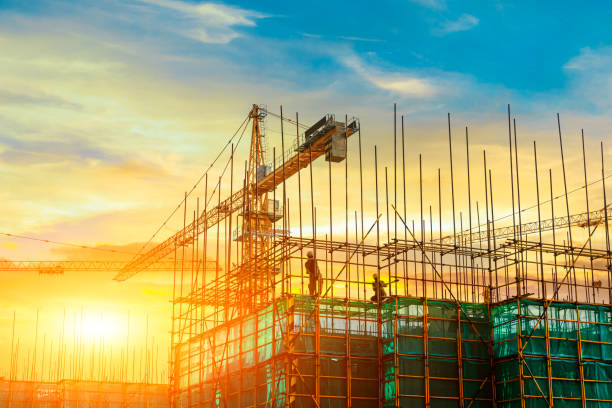 The construction industry contributes substantially to the UK economy. In fact, it contributed 7% to the whole of the UK GDP.

From contractor doing work that requires Plant Hire Equipment such as mini diggers or road surfacing companies that need rollers to do their construction work. Construction is a huge part of the UK economy and employees’ substantial amounts of people.

Below will be a guide of the top 10 construction companies in the UK in 2022.

Balfour Beatty is the leading international infrastructure group. There turnover last year 2021 was over £8 billion and they are involved in a lot of high-profile major infrastructure projects such as HS2.

Balfour Beatty finance, develop, build, and maintain innovative and efficient infrastructure. They employ around 26,000 people and operate mainly in the UK, Ireland, and North America.

Kier Group is a leading provider of construction services, providing specialist design and build capabilities. The group turned over £4.49 billion in 2019 across all its construction subsidiaries. Kier employs around 19,000 people operating mainly in the UK. They also subcontract projects out to many different smaller contractors. For example, Kier would subcontract out to a surfacing contractors and they would hire equipment such as a Roller or a Dumper for their construction services. Kier wouldn’t normally rent plant hire equipment themselves such as Mini Diggers in Luton, excavators, or dumpers.

Morgan Sindall was founded in 1977 by John Morgan and Jack Lovel and is a leading Construction and Regeneration group comprising eight complementary subsidiary businesses.

The group focuses on affordable housing, urban regeneration and infrastructure and construction investment. Morgan Sindall reached a turnover of £3.03 billion for the period ending 2020. They employ around 6,600 people and operate in the UK. Due to their size, they work on major infrastructure projects which usually need a range of plant hire equipment in major cities such as London, Birmingham, Manchester, Luton, Milton Keynes, Leeds, and all over the United Kingdom. Some of these projects also require smaller tool hire equipment such as cement mixes, whacker plates, landscaping tools etc.

Interserve was founded in 1884 as the London and Tilbury Lighterage Company Limited is the leading UK building, infrastructure, engineering and fit out company.

Interserve specialise in design and build capabilities working on projects across multiple sectors. Interserve reached a turnover of over £2 billion for the period ending 2020. Interserve employs over 60,000 people across 230 offices worldwide.

Interserve has recently rebranded to Tilbury Douglas for its construction and engineering services department. Interserve has been strong in the healthcare sector delivering over £250 million under the Procure 22 Framework.

Amey PLC is a  top five support services suppliers for road and rail infrastructure projects in the UK.

Some of the major projects that they work on is Heathrow and National Grid.

Tarmac was founded in 2013 and is a UK based business delivering roads & services infrastructure, highways maintenance and off-site manufacturing which lay around 3.5 million tonnes of asphalt each year. Ranging from resurfacing of motorways, roads, and pathways to the construction of car parks, runways and running tracks. The equipment they usually use are Rollers for the surfacing work and at times heavy plant equipment for their projects.

Tarmac Trading have managed to maintain a turnover of £2.13 billion for the period ending 2020. They employ around 7,000 staff and have over 400 sites across the UK.

Tarmac Trading has made key contributions to Silverstone, One Blackfriars, Wembley Stadium, Heathrow Terminal 5, Blackpool Sea Defences, and the Shard project to name a few.

Keller Group was founded in 1860 by Johann Keller and is a ground engineering specialist that provides techniques solving a wide range of challenges across the entire construction sector – from industrial, commercial, and housing projects to infrastructure construction for dams, tunnels, transportation, and water treatment, as well as projects to address environmental challenges.

Some projects you might know include Crossrail C310, London Power Tunnels, and South Cliff Stabilisation Scheme in Scarborough.

ISG was founded in 1994 by Ivan Millar and is a leading specialist in the construction industry offering engineering, fit out and construction services in 5 specific sections - Science & Health, Technology, Education & Public Sector, Offices and Hospitality & Leisure.

ISG turnover was recorded at £2.04 billon in the period ended 2020. The business employs nearly 3,000 staff worldwide. ISG are 38th on the list in terms of profit levels

The company’s turn-over in 2019 was £2.59 billion and marked the significant milestone of being the first time ISG exceeded the £2 billion mark.

Mace Ltd was founded in 1990 by Ian Macpherson and Develop, Consult, Construct and Operate, connecting expertise across the entire property and infrastructure lifecycle.

Mace turnover was recorded at £1.78 billion in the period ended 2020. The business employs nearly 5,000 staff worldwide.

Some projects you might know include The London Eye, The Emirates Air Line, The Shard, The Tottenham Hotspur Stadium and The NHS Nightingale Hospital London.

Laing O’Rourke was founded in 1978 by Ray O’Rourke and is a UK based construction business that funds, designs, manufactures, constructs, and maintains the built environment.

The company has been responsible for delivering some of the UK’s most notable projects, including London Heathrow Terminal 5, The Leadenhall Building in London, and Ascot Racecourse (main stand).

This guide should have given you an insight into the top 10 construction companies in the UK.

To get great deals on your plant and tool hire equipment please get in touch today! To  save time and money with Procure-Hire!